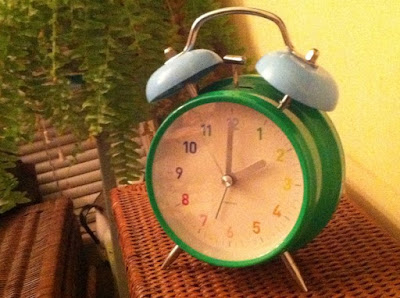 Today is Saturday Night 03/10/12 and I invite you to forward your clocks one hour ahead since the Daylight Savings Starts on S Sunday 03/11/12 at 2pm, in that way you won't be late for appointments. Wish You The Best Alberto Pacheco Keller Williams Realty Granada Hills CA 91344 818 481 9211
Posted by Unknown at 11:06 PM No comments: Links to this post

Posted by Unknown at 4:38 PM No comments: Links to this post

Fannie Mae said Wednesday it lost $2.4 billion during the fourth quarter of 2011 and $16.9 billion for the full year. It has had worse years, remarkably. Fannie lost about $60 billion in 2008 and $72 billion the following year–two of the 10 largest corporate losses ever. Sibling Freddie Mac is responsible for a third, a $51 billion loss in 2008. Fannie Mae was established in 1938 to promote home ownership by making federal funds available to lenders. In the 1950s and 1960s, it transformed into a profit-seeking corporation, with the goal of purchasing mortgages and selling them to investors, thereby replenishing funds to banks for fresh loans. Freddie Mac was created in 1970 to spur competition. Recent losses for both agencies stem from the U.S. housing bubble that peaked in 2006. House prices fell nationwide by more than one-third since mid-2006 by one measure, the S&P/Case-Shiller index. Price changes vary by market, but for the country as a whole, homeowners erased the gains made since 2003. Millions of homeowners defaulted on their mortgages, leaving Fannie and Freddie saddled with bad loans. Both reverted to government control in 2008. Fannie and Freddie were once profitable, but the money they have lost dwarfs what they made in good years. During the three years leading up to the house price peak, Fannie reported annual profits of between $4.1 billion and $6.3 billion, and Freddie, $2.1 billion to $2.9 billion. During the five years since, Fannie lost a cumulative $163 billion, and Freddie, which hasn’t yet reported fourth quarter results for 2011, $91 billion. Both Fannie and Freddie pay dividends to the Treasury Department as a condition of their government sponsorship, but both have regularly requested larger sums than they have paid. For example, Fannie said Wednesday that it paid $2.6 billion in dividends to the Treasury during its fourth quarter, but that it would soon submit a request for $4.6 billion to offset losses. Fannie says it requested a total of $116 billion from the Treasury since the fourth quarter of 2008 and paid about $20 billion in dividends. Fannie requested $72 billion and paid $15 billion. Total funds requested, minus the dividends paid, work out to about $1,300 per American household. That includes both owners and renters.
Posted by Unknown at 9:11 PM No comments: Links to this post

News for Home Buyers and Sellers

Thank you for visiting my blog, I hope the information displayed is informative and useful.
Share this blog with your friends, family, colleagues, co-workers and anyone interested in Real Estate, do it either by emailing them the following link or by emailing the whole page.

Remember, your coments are very much appreciated, and enjoy it.